I'm currently involved with a renovation project that began for me at least eight years ago. I was called out to do an estimate for the repair of six windows in a close in the West End of Glasgow. I duly prepared the estimates and - not unusually - heard nothing. So I assumed that one of the other people called out had got the work. 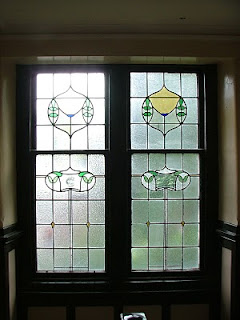 First Landing
So, it was with some surprise that in April, I was called to be one of three people called to give an estimate of the work and its cost. As some of you know, getting any work done on the common structure and areas of tenement buildings can be difficult in Scotland. Until recently, there had to be unanimous agreement on the work to be done and its cost. Now a large majority (qualified by the floor area occupied) is required, so no one person can hold up the required repairs. I waited for a month after the closing date for the estimates before contacting the builder who asked me for the estimate. I was not too surprised to learn that the owners of the flats in the building were now considering how to get the required money together. I since have learned that the stone and roofing work spread over four tenements. So I sat back to wait. 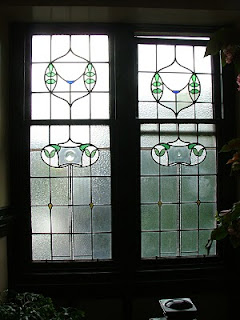 Second Landing
By July, I accepted that someone else had got the job. It would have been nice to do the work after all this time, but some things are not meant to be. Then at the end of November I was rung up and asked when I could begin work on the windows and sashes. This was a surprise to me. I thought it might be some time before I could begin, not until mid January at least. "But we have the scaffolding up and the painters are ready to work." Why the building firm could not have organised things so that all the subcontractors were notified at the point the firm won the contract, or at the beginning of the work on site, I do not understand. 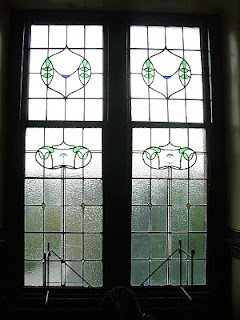 Third Landing
I got my work re-arranged to go to the site the week before Christmas. When I got there, the work on the sashes had been completed, although no work had begun on the windows. I assumed that my delay had given the job to another person. But I rang the company anyway to find out what the position was. I was surprised to learn that they still wanted me to do the job, minus the wood work, as they had taken that element from my estimate and given it to another joiner other than mine.
So now I am in the process of taking out one landing's worth of windows, re-leading and repairing them, bringing them back for installation and then removing the next landing's worth of windows. This is likely to keep me occupied throughout March, as I have organised a week away in Spain while the children are off school and away with their father.
I will post more pictures of progress later.
Posted by Stephen Richard at 09:53