This year’s annual exhibition for the Scottish Glass Society is a show with a difference, as we are celebrating 30 years since the Society was first established in 1979. To honour this momentous anniversary we would like to introduce Migrate, which showcases the best of emerging and established Scottish glass artists. This contemporary art glass exhibition is based on the theme of Migration; and examines the different ways that artists express a sense of place and identity in their work; bringing together a collective of glass artists that actively challenge and contribute to the rich Scottish Art scene. The final leg of this touring exhibition is at the Broadfield House Glass Museum, in the West Midlands and will run until the 21st of March 2010.

Another of the things I accomplished over the last months was the creation of a balustrade around a skylight. The skylight has been illuminated by borrowed light from an window in the roof. This attic space has been converted to a bedroom and the previous box built over the skylight removed.

To make safe use of the room and still have the skylight illuminated by natural light I was requested to provide a glass balustrade round the skylight. With the help of others, the balustrade was finally completed. One unfortunate side effect of being very busy was to let another person take measurements. These proved to be wrong and so I needed to get the original wrongly cut and very heavy glass out and the new back up the stairs.

Another person helped to repair the broken pieces in the skylight and the whole now looks very good with the balustrade almost invisible.

How it will look when the light is on in the bedroom at night, I don't know. I hope the glass has enough texture to provide privacy. 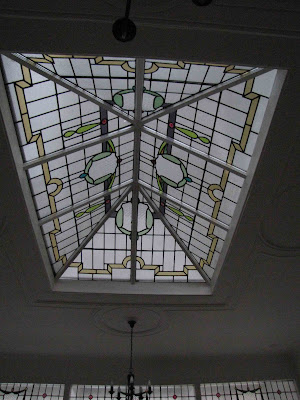 The skylight illuminates a very large square central area leading to all the other ground floor rooms. It is to be used as a large dining room with much of the evening illumination coming through the skylight.


Posted by Stephen Richard at 19:14 No comments:

This project shows how long a community project can take. This was begun in 2005. The first element in the project was to get the funding from the Scottish Arts Council and the South Lanarksire Council to enable an artwork to be designed for the new Larkhall Academy school building.

The next task was to give the members of the Art Department and the students basic skills in leaded glass. A basic premise of the funding is that all 400 or so students would have a part in making something for the school. This became the creation in school premises glass tiles which were fired. Some were auctioned for funds, some kept by the students and some incorporated into light boxes.

The groups returned to school and developed work in conjunction with the Art Department teachers and presented Brian Waugh with completed images. Brian's job was to find a way to incorporate these images into a unified whole.

The original concept he developed was a double sided wheel that would be placed in steel and installed in the communal area of the school. Delays and changes in the building plans, lead to an interior version of this idea. After many delays and some problems, the school was ready to receive the completed panels.

Brian and I with the assistance of Charles Provan - the one who gathered all the funds and administered the whole long process - brought the 26 panels to be installed to the school the Friday afternoon 4 days before the grand opening. 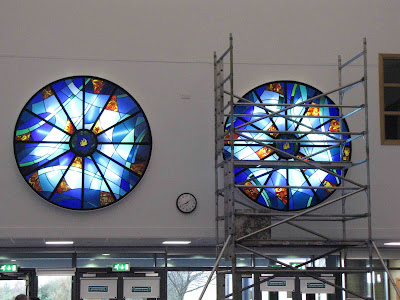 It would have been grand to have photographs of the panels laid out on the floor to make sure we got them up in the right order - we had to take only one out to put it back in the correct place and that was before we fixed the next one in place! 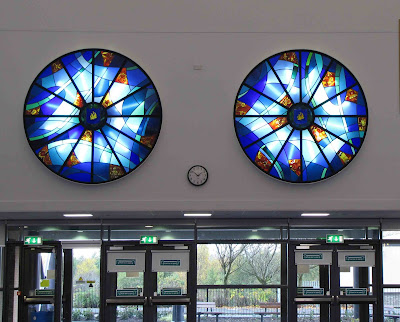 Finally, we could stand back on Sunday afternoon and look with pride at what had been achieved after such a long wait. 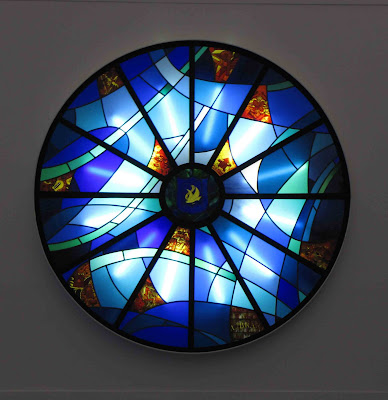 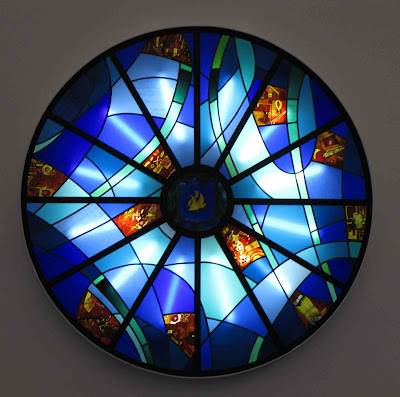 Right Window
The opening night for the new school went off well, with many of the people who were involved in the design, returning to school for the evening. Students, teachers, councillors, important people from the community, and even the workers attended and enjoyed the unveiling and the tours round the school.

Posted by Stephen Richard at 22:07 No comments:

I have been away from the blogging for quite a while so instead of a log of activities, this should be a web retrospective - therefore a Wretro. I will in the next days try to catch up on activities.

A main element in this long period of providing thick glass for a public installation made from the glass inserted into steel has been the completion of the window for a listed historic building. I know this has been completed, because the developer is happy, the householders are happy and now the Glasgow City Heritage Trust is happy. Through them the Historic Scotland people will be assured of the quality of our work. 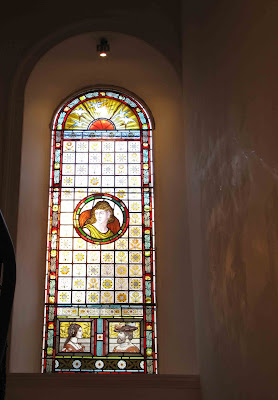 I included this picture to show that although the window on the stair faces north, on bright day there are faint coloured shadows on the wall. Brian Waugh has re-created the round head - almost completely destroyed - and the absent head to match the male figure. He also did all the grisaille painting that was required.

I was tidying up the Glass Tips section and idly looked at the recent statistics for the site. I was very surprised to see that I have reached a point where there were more than 100 hits in a single day!

It was pleasing to see that recently 32% have stayed from over 30 seconds to over an hour on each visit. And 16% have returned more than once - 4% visiting more than 10 times.

I started the tips section in August 2008 after an abortitive attempt to establish something with the IGGA. I find that I currently have produced 321 postings on a variety of topics.

Well, it is something to do instead of watching television.
Posted by Stephen Richard at 09:26 No comments:

There is a nice series of pictures from the Innovative Craft project. It presents contemporary craft as it is not often seen. Below is one of the images. Go to see via the link above. 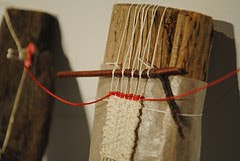 Posted by Stephen Richard at 19:09 No comments:

The first weekend of the Christmas Show organised by Parade Artists has now finished.

This shows two of the people who showed just outside and within my studio preparing on Friday afternoon for the Saturday and Sunday show. 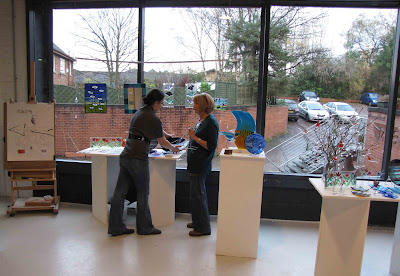 Magda and Dorte
This shows the front part of the studio dressed for the show. 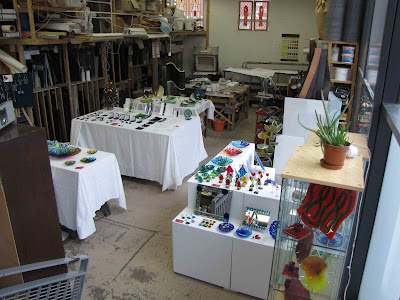 And here we all are at the end still smiling. 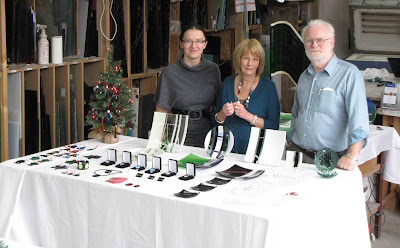 Now to take things down and do some work until we set it all up again for next weekend. I trust it will be worth it.


Posted by Stephen Richard at 16:24 No comments: