I began the dis-assembly of the middle panel last week. This photo shows the early stages. 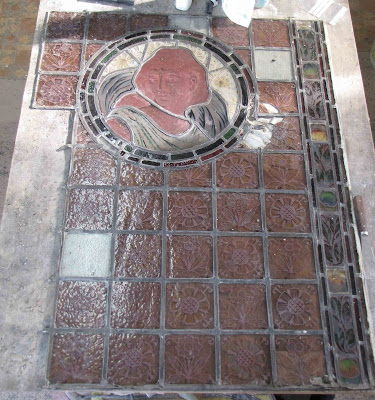 The outer borders on the left have been taken away and prepared for cleaning. This panel was in the best state of the four in terms of amount of obvious breakages. However as dis=-assembly progressed, more broken pieces were revealed. The clear replacements added in the past are very obvious now that the panel is on the bench.

This photo shows the pieces on the left after cleaning with some of the gaps marked and the areas of clear replacements. 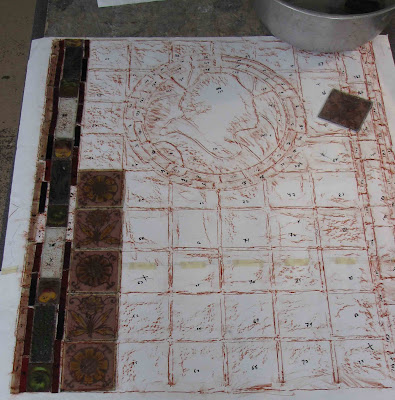 This photo shows the panel completely taken apart and cleaned. 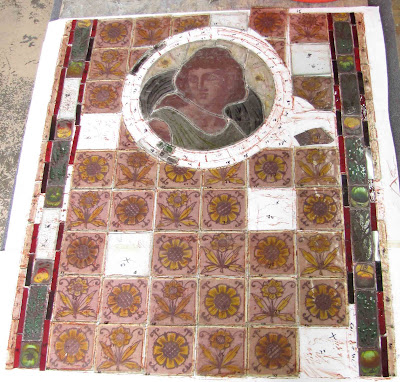 Posted by Stephen Richard at 06:17