The refurbished and re-leaded window of Mary will be placed in Auchtertool Church, East Lothian.  It is a church set on a small hill top over looking the valley toward the sea.

The modern approach by road is from the North East. 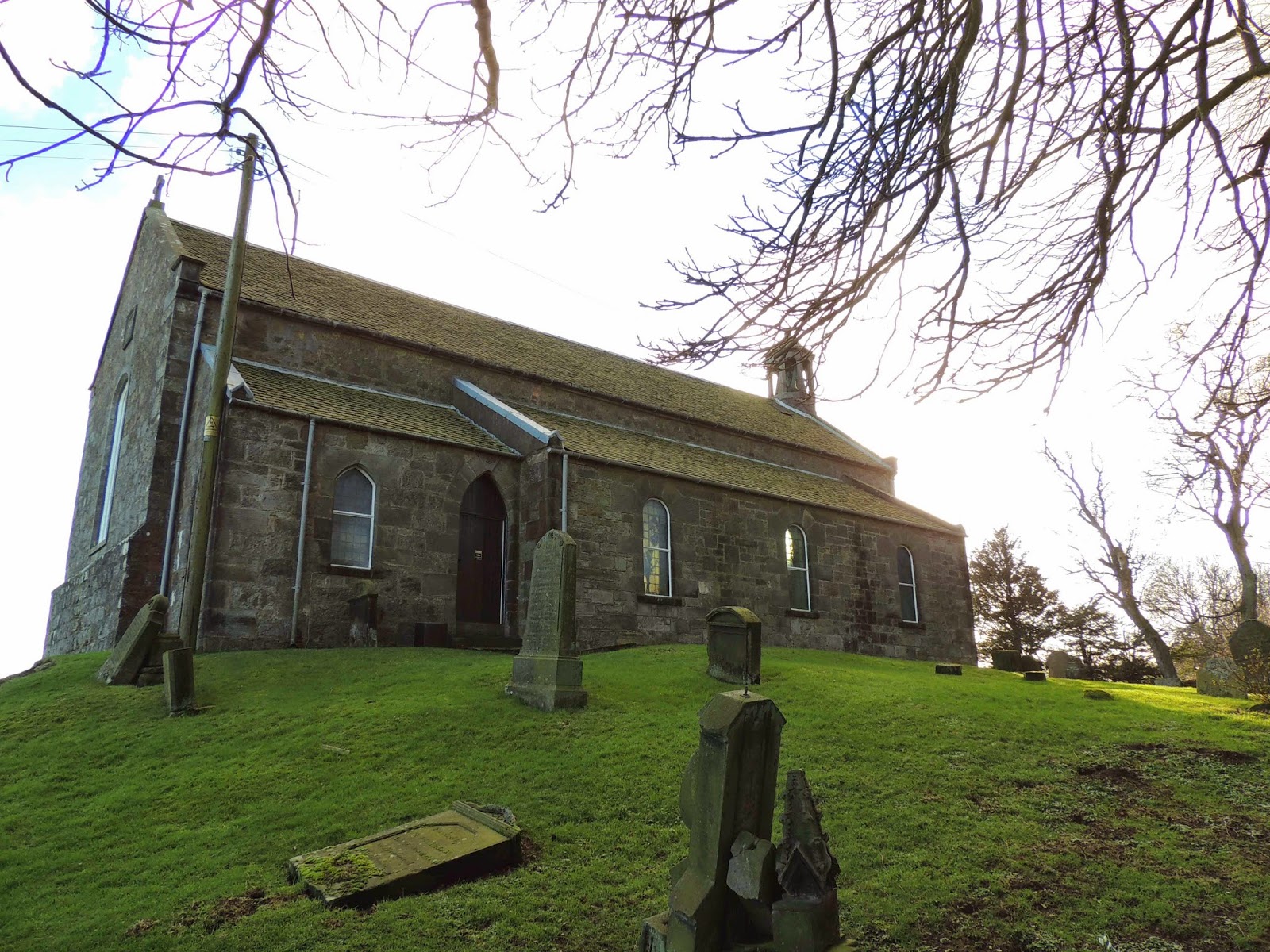 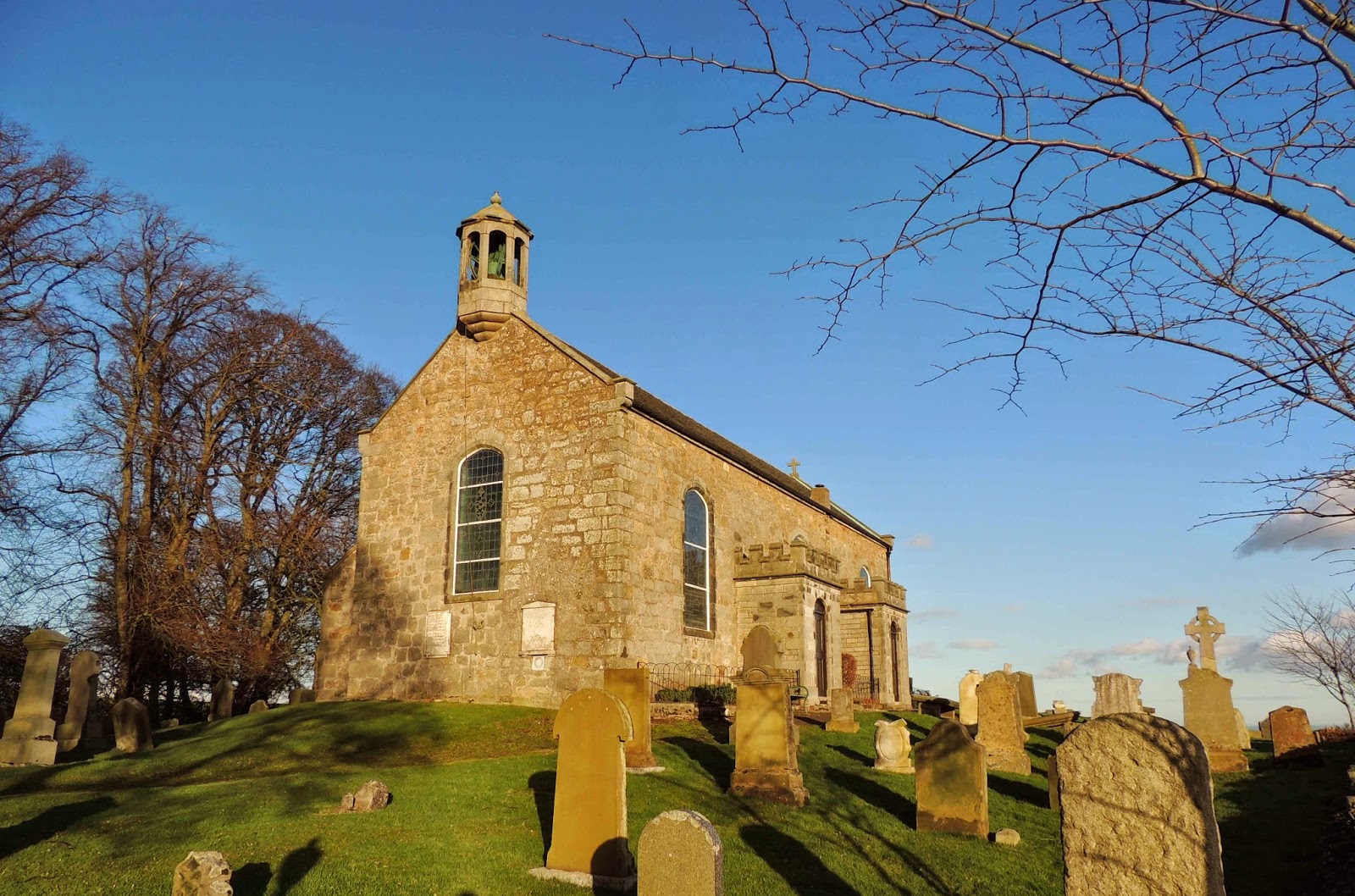 The main stained glass windows are in the East and South windows.  This window of St Andrew and St John is probably the oldest of them.  It is behind the pulpit. 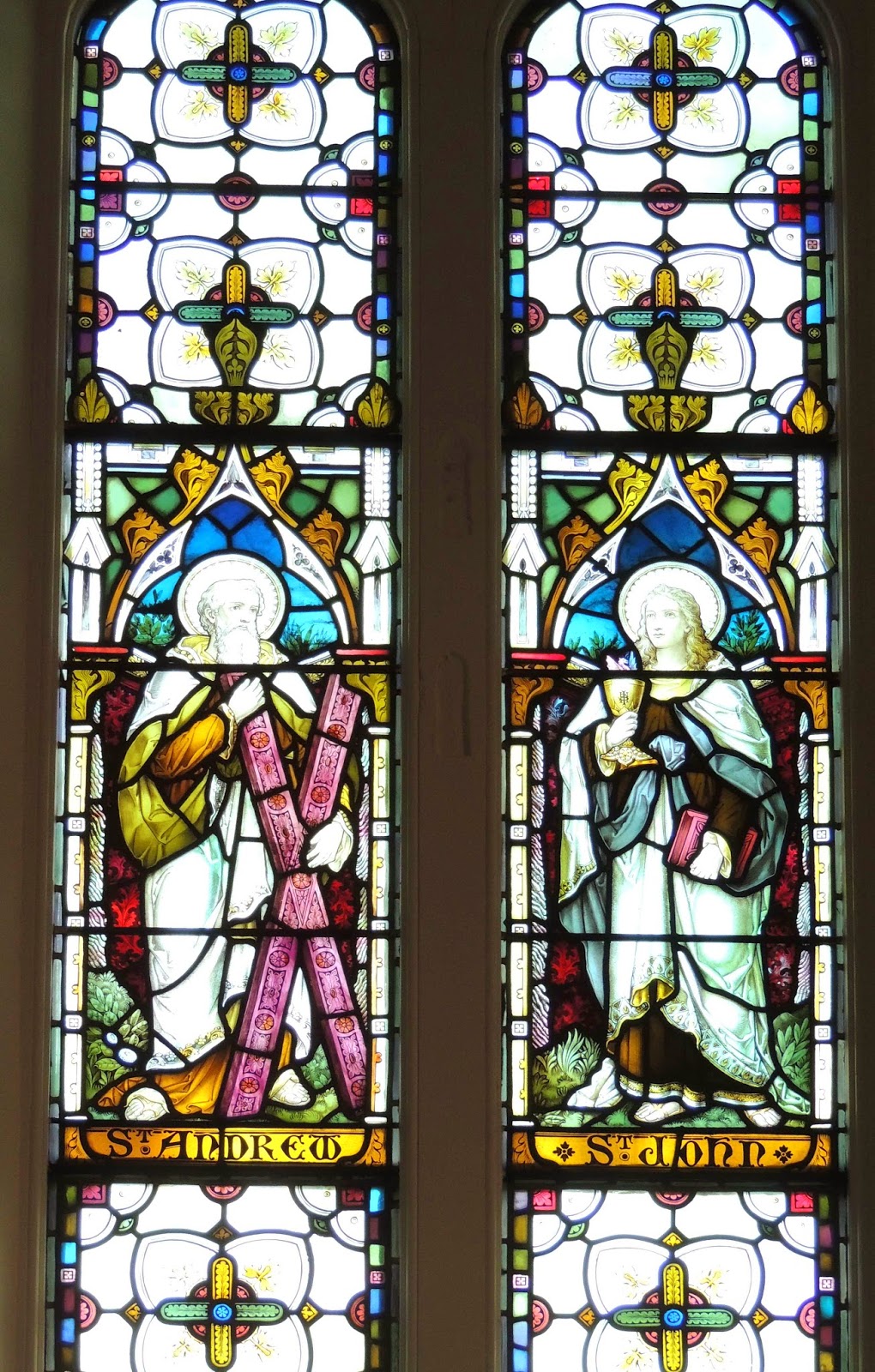 The next window was probably this one, in memory of the Minister's wife and children. 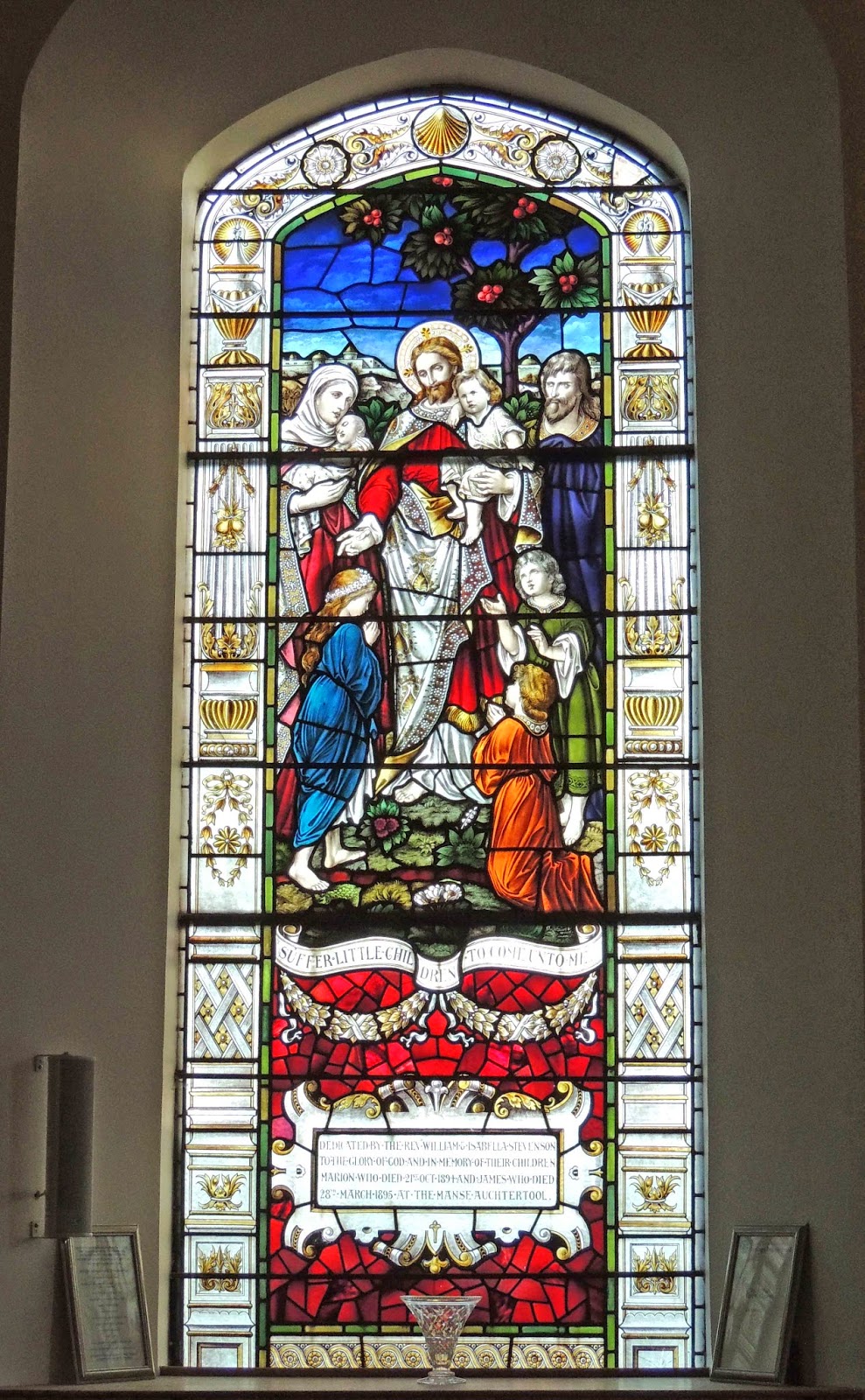 There is a window in memory of several young railway workers funded by their fellow workers.  These young men were killed in an accident while working on the railway that runs near the church. 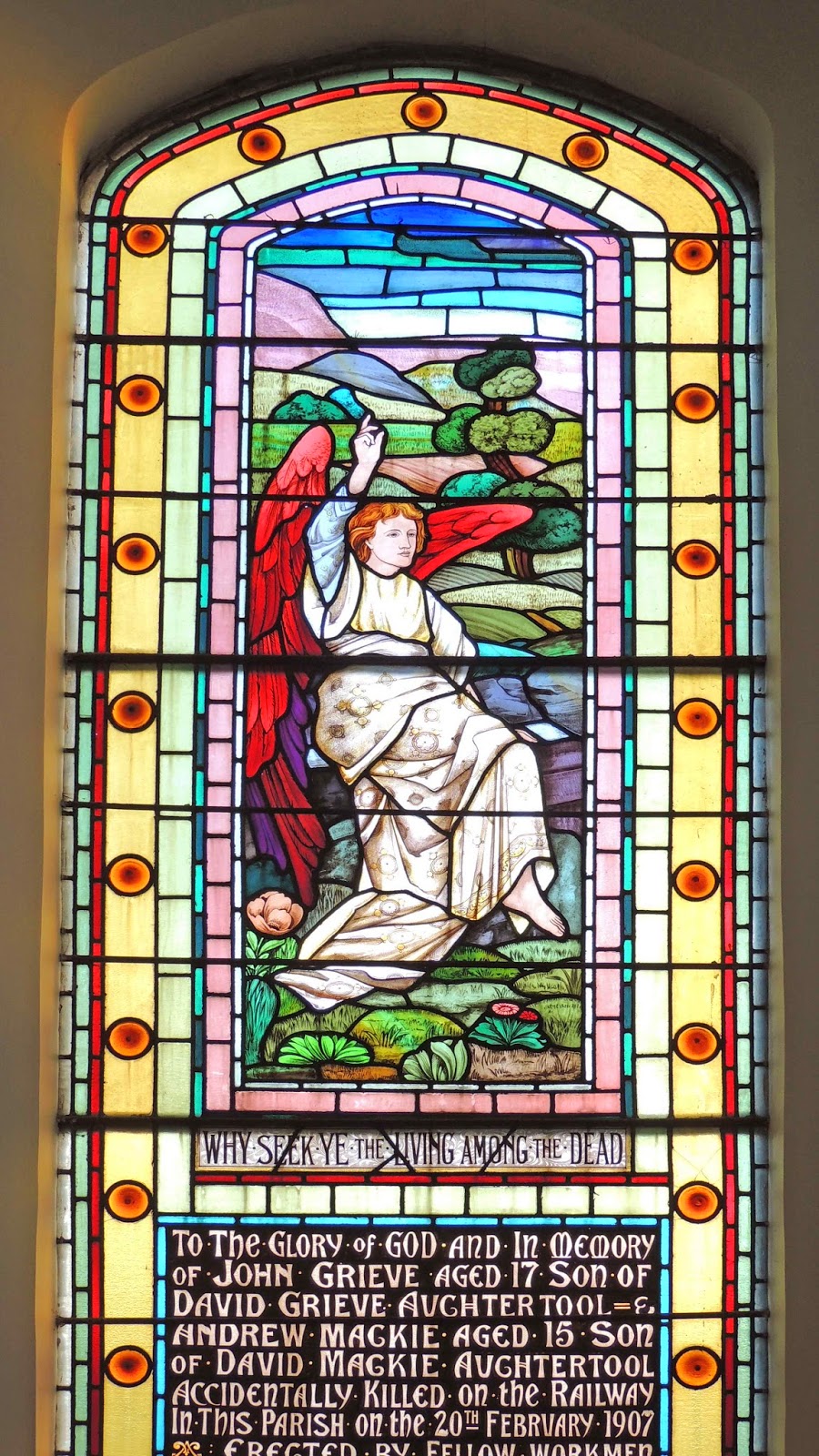 The final window on the South is a WW1 memorial window. 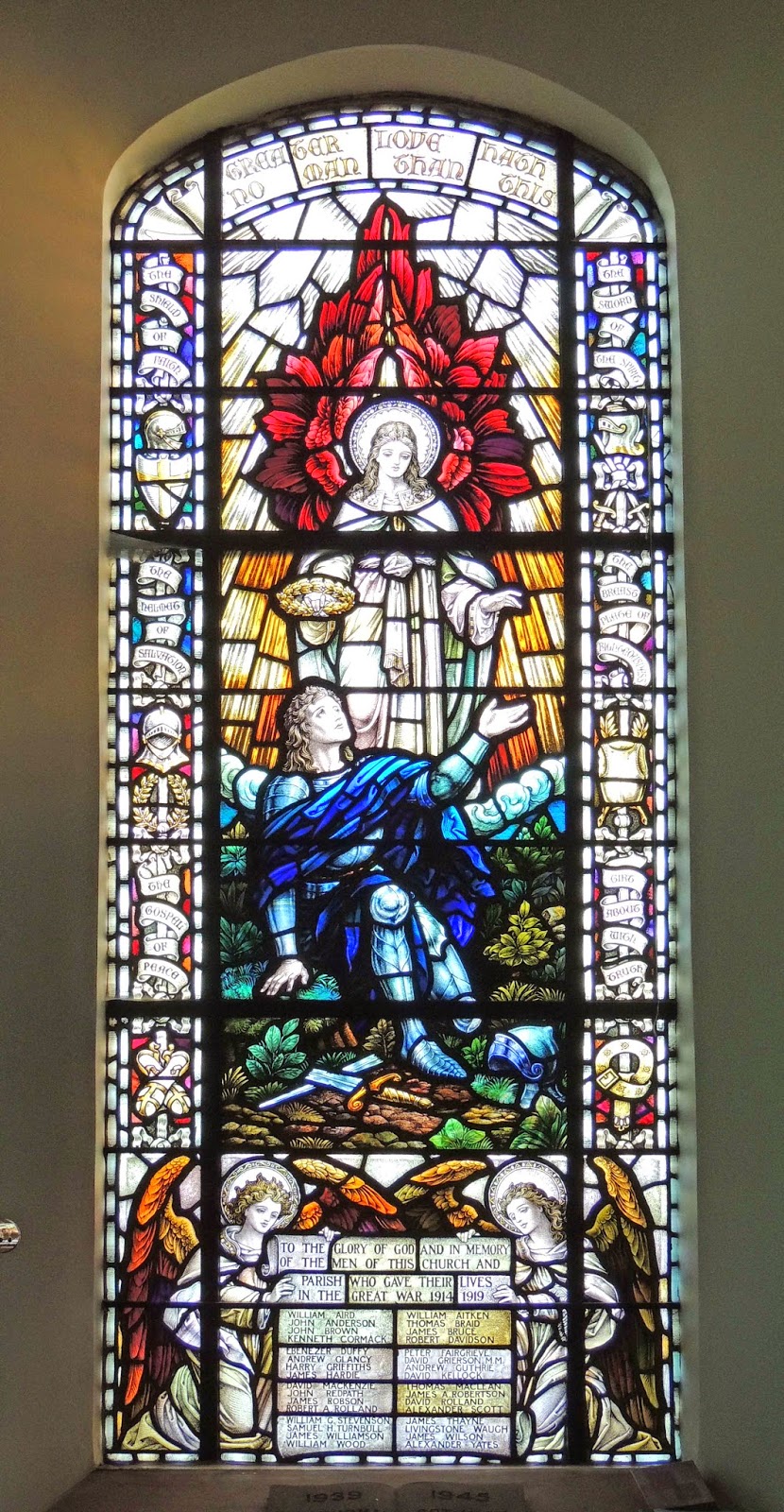 There seems to be no record of who designed and built these windows, and nothing can be seen on the windows themselves.  They are good examples of late 19th and early 20th century work. Though it is obvious there was less money to spend on the borders of the railway workers window, the clarity of the image is enhanced by the simple border.

As you can see, this new window with Mary as its subject will be a big contrast to the existing windows with their traditional imagery.
Posted by Stephen Richard at 16:00