I just got notification yesterday that I have been accepted for a travelling exhibition organised by the Scottish Glass Society. It will travel round Scotland and then go to England. The piece is still to be made, as the proposals were to be made on the basis of the theme "Migrate".

I must be better at writing these things than I thought. The proposals were judged on the basis of up to six images of past work and the written proposal. My proposal was:

Migration removes the sense of place that people grow up with. It changes their sense of identity as they attempt to fit with their new environment.

The boat shape is a traditional symbol of hope for migrants. It takes them to new lands. It removes them from their origins and takes them to another where they hope for a different and maybe better place. It does not always work.

It is a symbol of the migration of not only people, but of goods and materials often from less wealthy parts of the world to the most wealthy. The materials migrate not only in place, but in often in shape and in function.

The shape also is a symbol of our migration from conception to life.

In all these the shape represents a dark anticipation of an uncertain future.

The boat shape will be a dark rough top surface with polished sides showing dark veils penetrating the hull. It will be set on the boat builder’s forms on the slipway waiting to be launched.

The boat will be cast in a press mould. Dark frit on the surface will form the veils as it moves with the cullet to form the solid hull. The hull will be polished to reveal the interior.

The images I submitted were the Australian Bloom, Dream Time 1, and three images I have not shown here before: 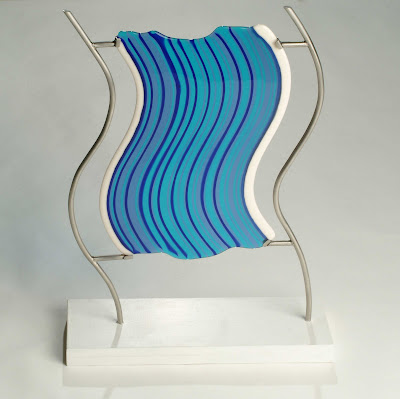 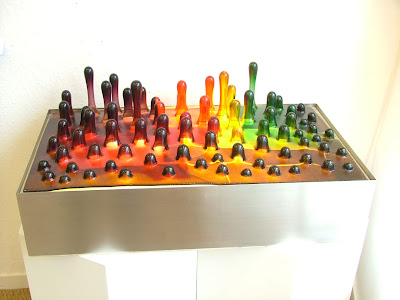 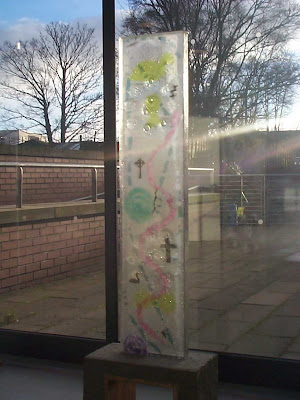 Now all I have to do is make it!
Posted by Stephen Richard at 17:19